Our In A Pikle Diaper changing mat is the perfect

What is your favorite sandwich from Subway? Commen

The morning of January 25,  2006 will be a day I will never forget.  It was the day that I found lump in my left breast.  It was a small lump, but as the day went on in my mind it got larger.  I called the Doctor’s office to make an appointment to go and see what they thought it might be.  I was able to get in on the 28th of January.  The Doctor was not able to even feel it, so I had to point it out to them.  They sent me to have a mammogram and then once they did that, we scheduled for me to meet with a surgeon.  I had my lumpectomy on February 22nd where they removed 7mm  tumor.  They had it checked out and a few days later, I found out that I had Stage 1 breast cancer.  I would need a few weeks to recover from my surgery and then on the first of April I started my first round of Chemo.  That day I felt like I was walking into the lion’s den. I had 4 rounds of Chemo every 3 weeks.  By the 3rd week of my first round of Chemo, my hair started to fall out.  I have 4 children ranging from 17 years old down to 9 year old twins.  When my hair started falling out, we had our children help me shave my head.  I wore my wig most of the time, because I didn’t want my children to really see how sick I was and have them worry about me.  After each treatment, the second week they would have me go in and have my blood drawn to see how my white and red bloods cells were.  Mine seem to go down every time so they would ask me to stay away from people and really anything fresh, like vegetables, fruit, flowers etc.  I would just start to recover when it was time for another round of chemo, that went on until the first part of July. On July 5th 2006 was my last round of Chemo.  After that they let me recover until the first part of September. where I then started 31 treatments of radiation every day except on Saturday’s and Sunday’s.  I felt that radiation was not to bad compared to Chemo.  I was very tired with both treatments.  With Chemo you are very tired and ache, and really never feel like yourself.  I did not throw-up with Chemo.  My hair started to grow back while I was doing radiation, it comes back slower than people think, but it does come back.

I do feel very lucky with my treatments in the fact, I didn’t have really any complications like some other people do.  I tried to keep things as normal as possible for my family.  I wanted my kids to feel like I was going to be ok, because in my heart and soul, I felt that way. In this experience I learned that we can do hard things and come out better on the other side. 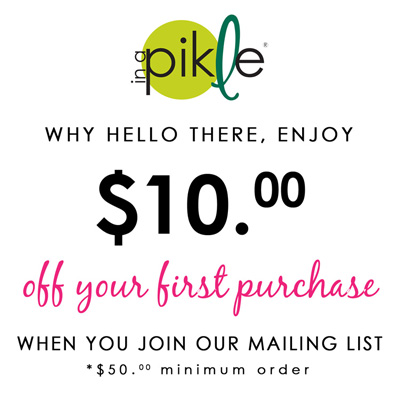 You have successfully subscribed! Use coupon code "SAVE10NOW" to save $10 on your purchase (of $50 or more) on your next order!

ALL INFORMATION COLLECTED WILL BE USED IN ACCORDANCE WITH OUR PRIVACY POLICY. YOU MAY WITHDRAW YOUR CONSENT AT ANY TIME.